Locavore Approved? For the most part- Chef Stefan Hartmann did a very nice job incorporating some of the season's best ingredients into his German-inspired dishes.  Our tasting menu highlighted some of late June's finest (peas, tomatoes, watercress).  I did question the use of some more "wintery" produce in the menu, and the use of pineapple and banana in a summer dessert when so much local fruit is in such abundance. 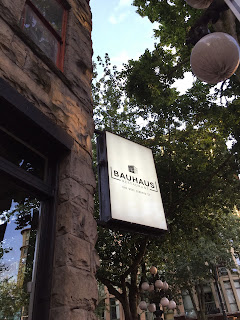 I was looking for the perfect place to celebrate a career milestone and, although Hawksworth and West both make for a great special occasion, I was yearning for a new upscale experience.

"Fancy" restaurants are few and far between in Vancouver and usually that is fine by me, but sometimes it is nice to indulge yourself a little.  I was therefore excited to hear about the arrival of the German-themed Bauhaus, complete with Vancouver' only Michelin star chef newly arrived from Berlin.  And just in time for my celebratory dinner!

I called to make a reservation as soon as I heard of its opening, several weeks before our reservation, thinking that it would be the toughest table to snag in the city.  It was getting quite a bit of press, much of it because of its owner, Uwe Boll who, from what I gather, is quite a controversial figure in the Vancouver's film industry.

Bauhaus has taken over the old Boneta space, a dearly missed Gastown favourite that closed its doors in 2013.  There is no denying that Boll and his team have done a wonderful job transforming the room into an expansive open space, a rare find in Vancouver where real estate is so crazy expensive.  I loved the dark wood, the sleek black booth seating against the wall and the smartly dressed bar.  I was even on board with the large eclectic painting on the back wall that said "ART".  What I could not wrap my head around though was the bathroom decor, which looked like it had been trashed by a bad graffiti artist.  Quite a sight to see, but not in a good way.  The other atmosphere letdown?  We were one of 5 couples in the huge space for our entire 3 hour visit.  While it was nice having all of the space around us, it also felt a bit awkward and lacked the excitement that is usually provided by the quiet buzz around you during a meal out.

I hate to be too hard on the service since we visited on their 6th week of existence but, for the price point, the service was sloppy.  Although every server I met that night was as friendly as can be, the finesse required to justify a tasting menu priced in the 3 digits was lacking.  I had called 4 days prior to let them know that, because we were coming for a special occasion, we would both like to do the tasting menu, and that I wanted to request a pescatarian version if possible.  They were very accommodating on the phone, guaranteeing that they could accommodate my dietary request and that they would make a note on our reservation, both of our special occasion and the pescatarian request.  When we arrived however, there was no mention of either and they seemed unaware that I had even called.  Waits between courses were sometimes painfully long.despite there being less than 10 of us diners in the whole restaurant.  Water was rarely refilled without me asking, and I sometimes ended up with sparkling when I had asked for flat.  These may seem like petty complaints and if I were paying 50 bucks a head they would be, but at this price point, I expect better.

Now onto the most important part of the night- the food.  I was expecting big things from Chef Hartmann, who has been at the helm of a number of European Michelin Star restaurants and who won numerous awards for his own restaurant in Berlin, including a coveted Michelin Star in 2010.   Overall, I was very happy with the the quality of the dishes in our 6 course tasting menu.  I enjoyed the splash of German influence in the dishes, without too much in the way of really heavy dishes that we often associate with German cooking.  There was some amazing flavours in the best dishes (the chanterelle dumpling was outstanding), proving that Chef Hartmann is the real deal.  Having said that, I was quite let down by the fact that despite calling 2 days ahead to inform them of my pescatarian requirements, I received the same dishes as on the regular tasting menu with halibut swamped for the meat on both dishes.  At this price point ($110 for the Chef tasting menu), I do not think that it is at all unreasonable to expect some consideration put into creating a unique pescatarian dish for me, or at least giving me a fish dish from the a la carte menu.  I was really let down by this misstep, and have certainly never experienced this at any Michelin Star restaurant I have visited.

Here is a look at our Chef's tasting menu.  Of note is that an a la carte menu and a full lunch menu are offered, and, new since our visit, they have added a vegetarian tasting menu as well. 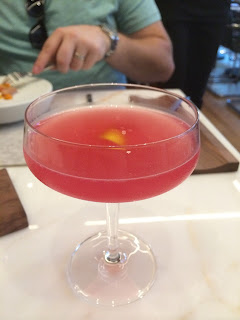 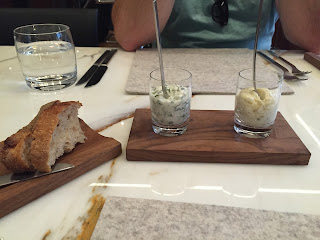 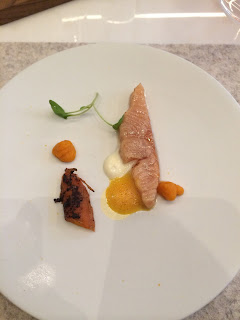 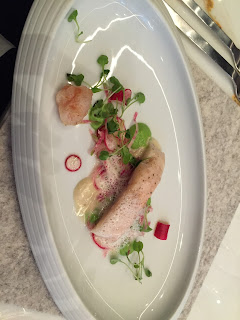 Lobster with tomato and tarragon 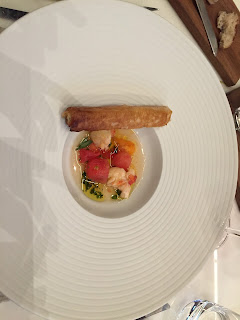 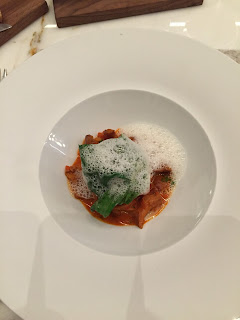 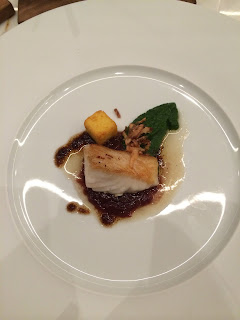 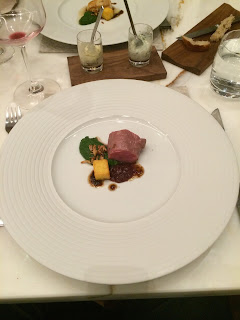 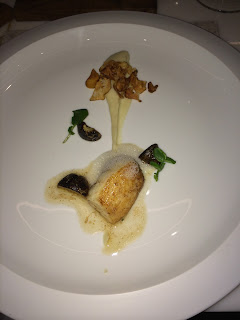 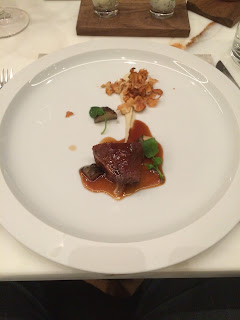 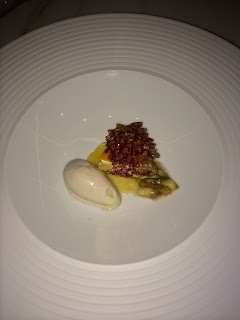 Overall verdict?
I REALLY wanted to love this place.  I was really hoping for a special occasion spot, complete with a Michelin Star chef, that I would be yearning to go back to for upcomings birthdays and anniversaries.  Unfortunately, what I got was an anti-climatic experience, costing way more than it was worth.  From now on, for the same money, I will opt for 2 or 3 meals at Fable, Ask for Luigi, Bao Bai or some of the other Vancouver greats that offer great all around experiences.  I had hoped that Bauhaus would also make this list but, based on my first experience, it just doesn't make the cut.

Posted by Little Miss Locavore at 00:22