Locavore Approved? YES- Chef Mikael Jonsson is serious about using the freshest, and therefore the most local, ingredients in his dishes.  The tasting menu at Hedone changes EVERY SINGLE DAY, with dishes conceived largely based on what is available at the local market, fish monger and butcher.  Whenever he can, he buys directly from farmers.  This guy is one serious locavore! 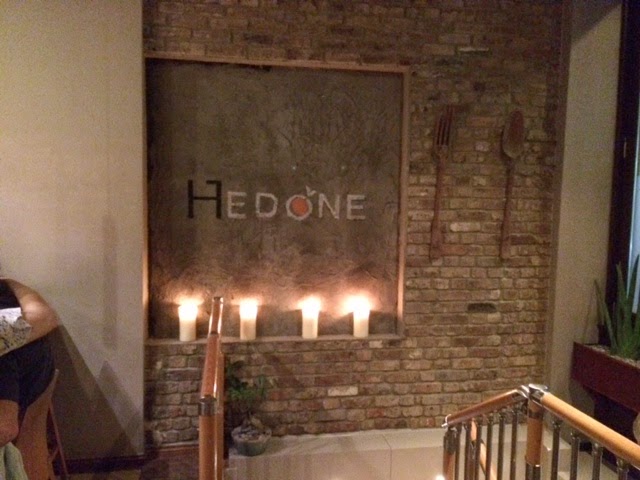 After a rather disappointing start to our two week European culinary tour at The Ledbury (see here), we were eager to move onto our next restaurant pick, the one-Michelin starred Hedone.  This has been a bit of a late addition to our list and I must give the credit to Hubby for discovering it.  Although it does not get as much press as some of our other picks, it has managed to make its way to #63 on the San Pellegrino world’s best list (so far) and may be one of London’s best kept foodie secrets.

One of the reasons that Hedone may be still be a bit of a dark horse is its rather “off the beaten path” location.  Having said that, it is still accessible on the Underground line (the “Tube”), about as far West as you can go, and is only a 5 minute walk once you get off at Chiswich station.  Some online reviews have mentioned that the area was "sketchy" but we certainly did not find it to be the case.  There are lots of other restaurants and shops around the short block and we felt quite safe upon leaving the restaurant in the dark. 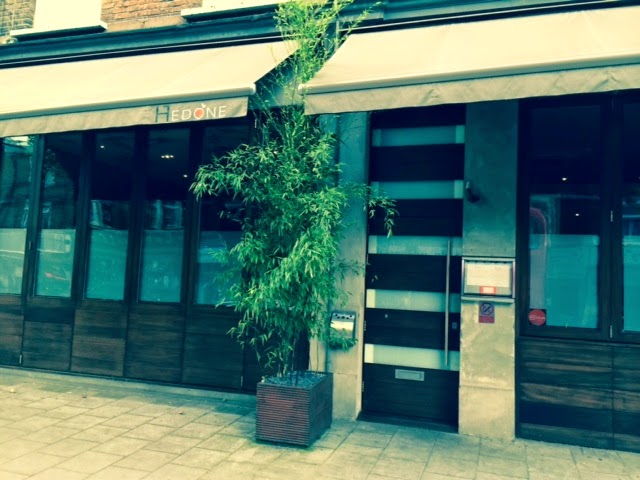 The inside, with its wood panelling and artistic ceiling, is comfortable yet refined.  The decor is simple but clearly well-conceived with some notable touches throughout the restaurant (I liked the giant fork and knife at the entrance way).  The space is quite small, but I appreciated that they left a decent amount of room between tables so we did not feel cramped.  The focal point of the room was the large open kitchen, and I had the good fortune of being perfectly positioned to watch all of the action throughout my meal. 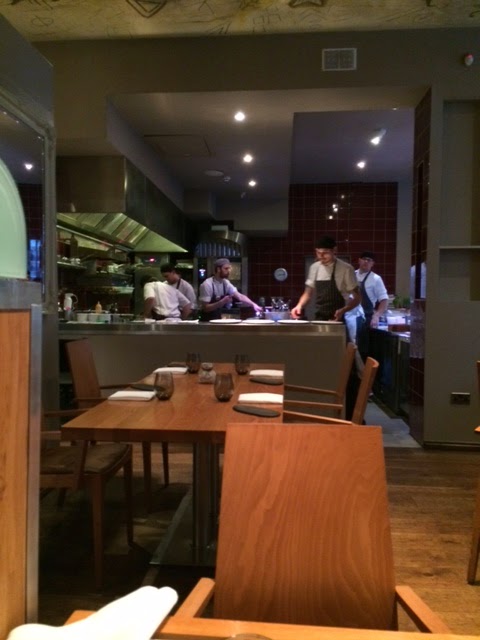 At first, service seemed a bit distant but once we began chatting with our servers about where we were from and what other restaurants we were visiting while in London and Paris, they immediately warmed up and by the end of the meal, we felt like regulars.  The progression of our 7 courses (plus 2 amuse bouche) was well timed and delivered with a clear explanation of the dish.  One server in particular told us how best to enjoy the dishes ("in one bite", "mix everything together", “have a bite of this with a bite of that”), which may be off-putting to some, but I appreciated the direction so I could best enjoy the dishes to their full potential.

The overall service was not polished per se (one waiter in particular looked a little frazzled and they were all out of several bottles of wine that we requested) but a few hiccups are easily tolerated when everyone is so personable and so clearly enthusiastic about Hedone’s food philosophy.

So what is the food philosophy at Hedone?  After eating here, it is clear that Chef Mikael Jonsson is a locavore through and through, and is dedicated to serving his guests nothing short of the best and freshest ingredients possible.  He then uses these ingredients to create innovative dishes with French and Nordic influences.

Because of this philosophy, the menu different every night, and comes as either a set 6-7 course tasting menu, or a "carte blanche” menu where the chef will surprise you with some dishes from the tasting menu as well as a few surprises.  A more cost effective option is a four course lunch menu from Thursday-Saturday.

I would highly recommend Hedone to anyone with dietary restrictions, as Chef Mikael Jonsson apparently has severe allergies himself and is happy to accommodate guests as much as possible. Interestingly, his allergies were so severe that they initially kept him out of the kitchen.  He previously worked as a lawyer and owned had a very successful food blog before opening Hedone after, thankfully, getting control of his allergies.

I must also make special note of the bread in this case, which was above and beyond what is usually served at such restaurants.  Chef Mikael Jonsson apparently learned to make this bread while working under one of the world’s master bakers in France, Alex Croquet.  Served with unpasteurized butter and salt, carb-loving Hubby could have easily made it a meal in itself. 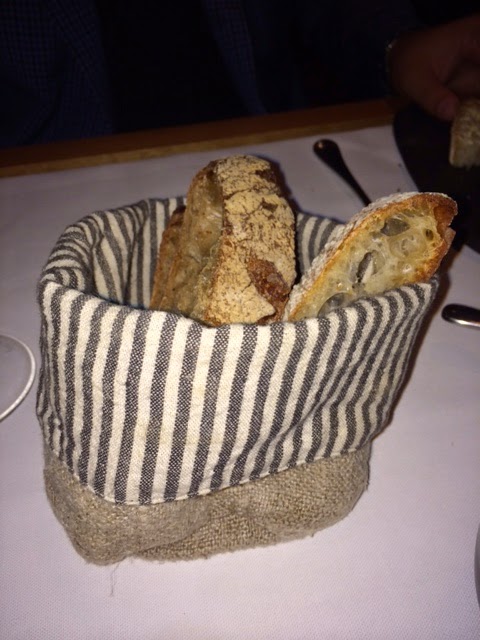 Here is the lowdown of our 7 course tasting menu, and the additional 3 amuse bouche, for a total of 10 courses, plus the bread and petit-fours.  We really enjoyed every single dish, but there were some real standouts which are denoted below with stars. 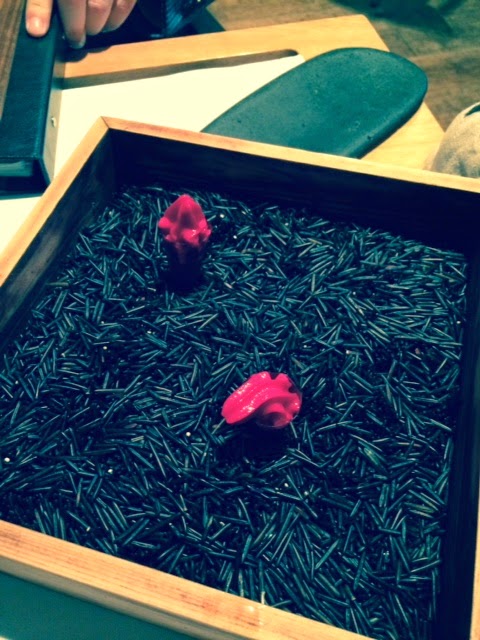 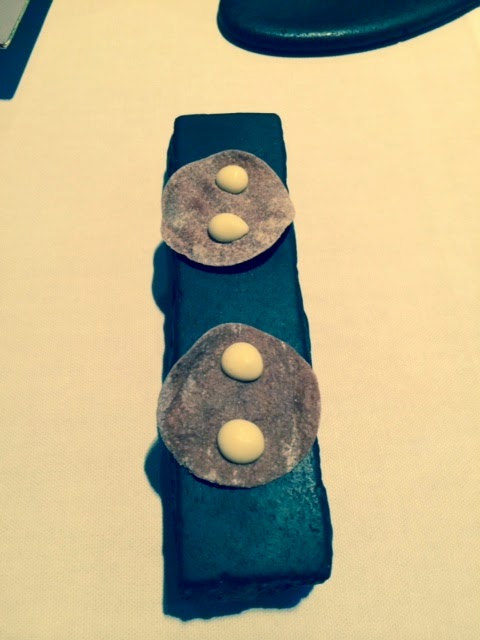 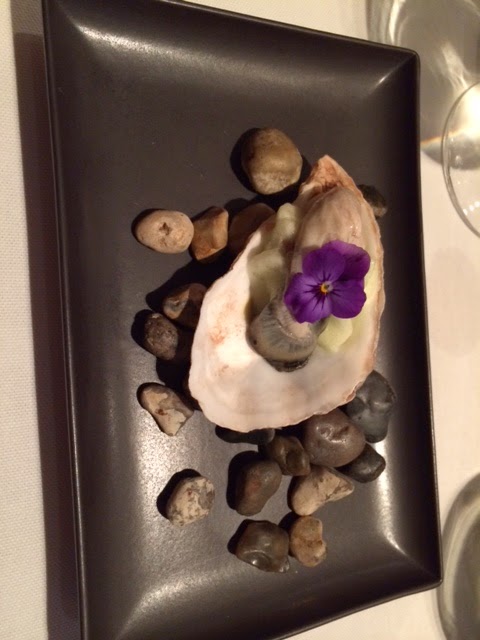 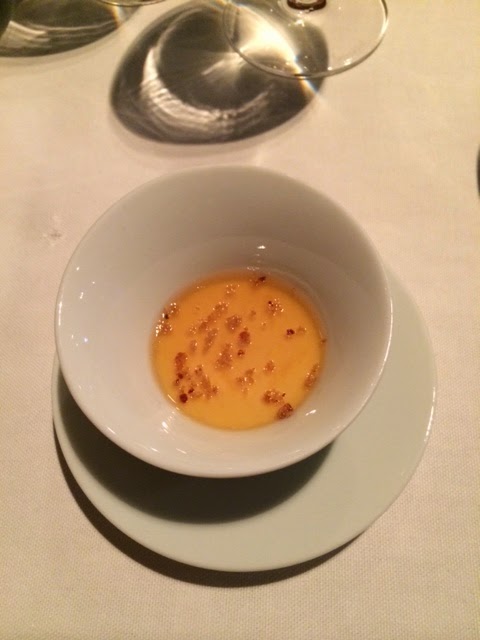 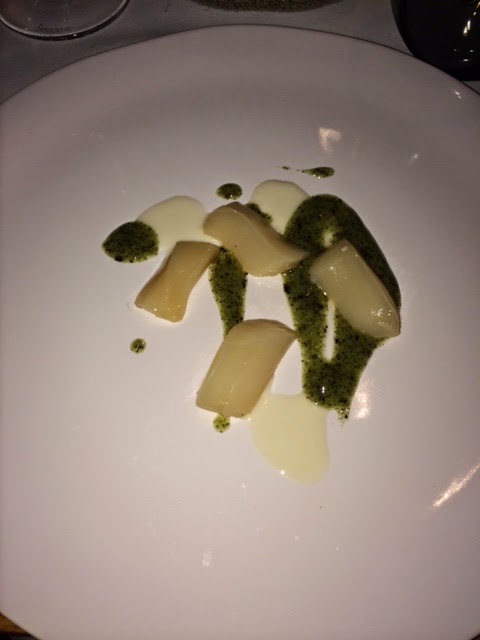 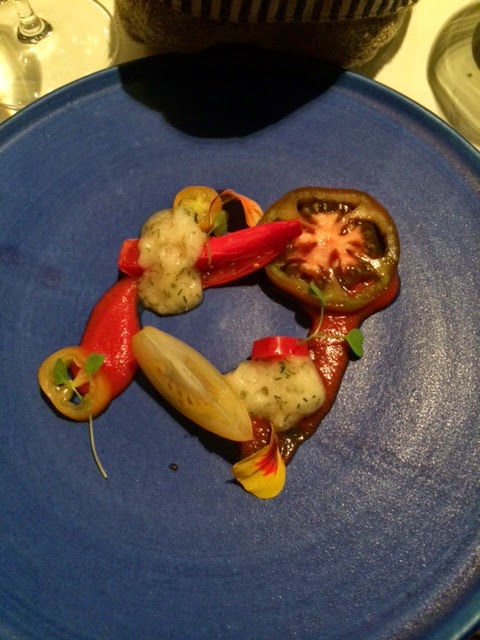 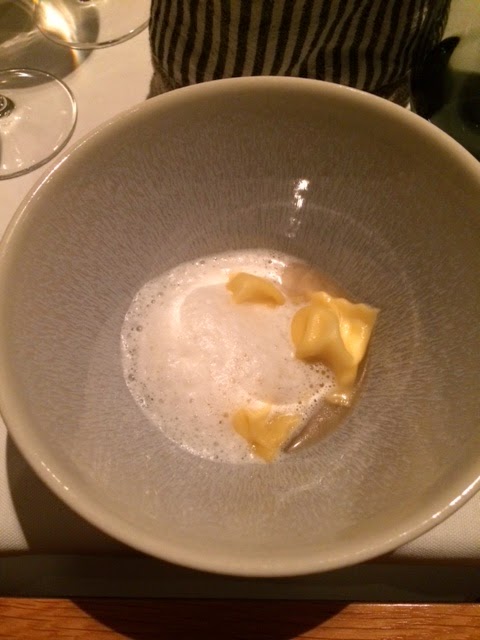 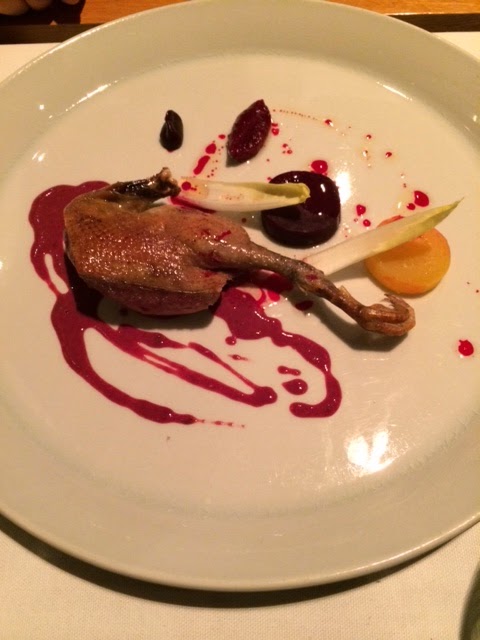 Dish 4 (my pescatarian substitution): Cod with fennel and olive 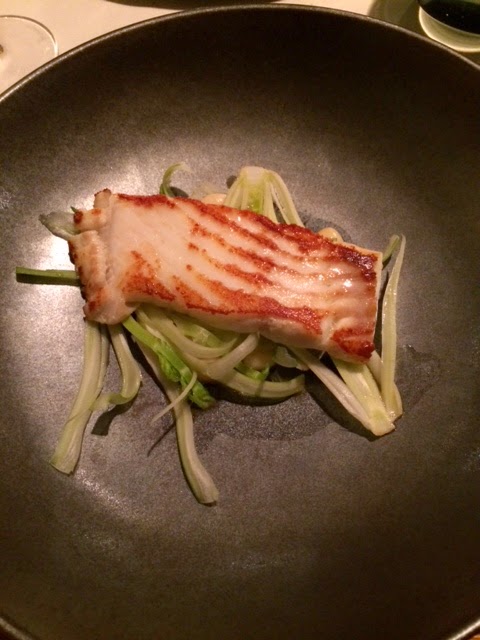 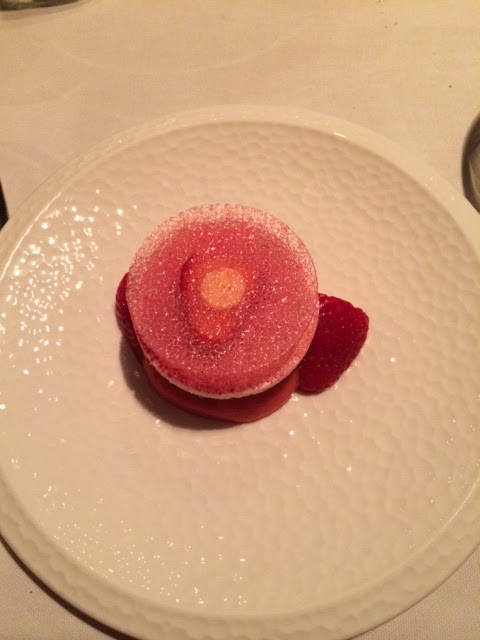 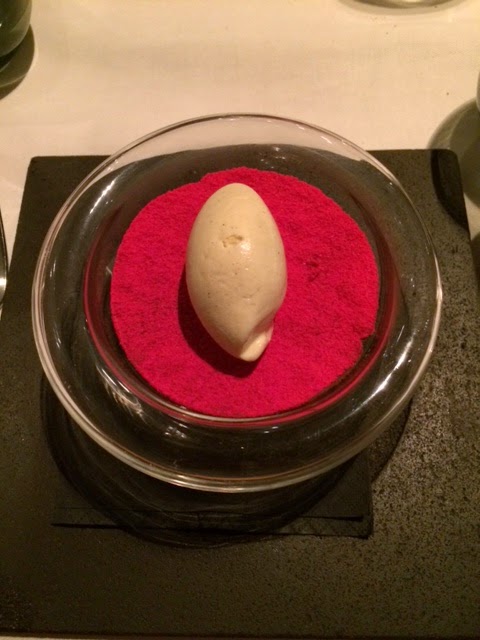 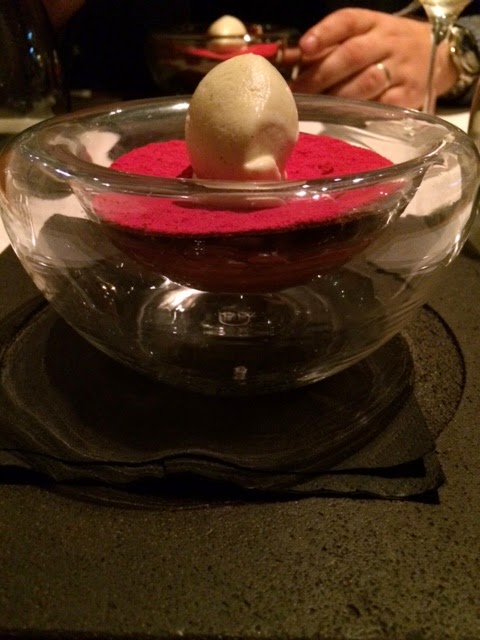 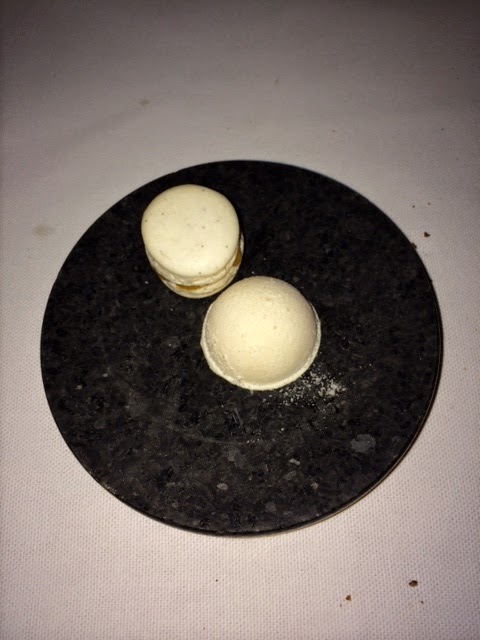 I predict that Hedone is going to start to garner more attention over the next while, and they sure deserve it!  They are doing some pretty amazing things here, and foodies are starting to catch on.  When Michelin releases its next list, I would not be at all surprised if they win themselves another star.

I am rooting for you Hedone!!!

Posted by Little Miss Locavore at 15:35