A Locavore's Paradise at The Kitchin in Edinburgh

Locavore Approved?  Resoundingly YES- The Kitchin literally has "from nature to plate" written all over it (it is plastered across their front window)!  Not only that, but they even give you a map at the beginning of your meal showing you where all of the different ingredients in your meal come from.   If this is not locavore dedication, I do not know what is! 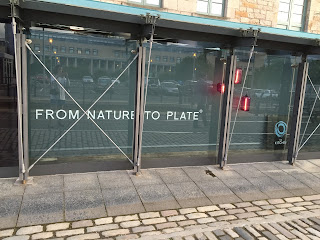 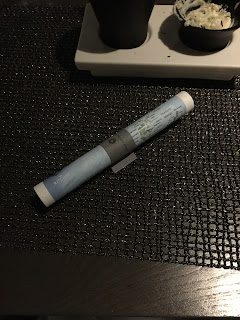 "Our philosophy is simple, we are fanatical about seasonal cooking from nature to plate".

It is this line, in big print on The Kitchin's website, that was the immediate tip-off that I could not be in Edinburgh and not check this place out.  What kind of locavore would I be if I didn't?

This one-Michelin Star restaurant, with Tom Kitchin and his wife Micheala, is located in Leith, a district north of Edinburgh which served as the city's port for hundreds of years.  It is now transformed into an eclectic area with a mix of vintage shops, delis and high-end restaurants.  The Kitchin is found on Commercial St. in a row of old converted warehouses, giving it an authentically historical feel.  The street-facing side of the restaurant still has its original brick facade, while the entrance side has been given a makeover, with a lovely fountain, sculptures and a flame wall. 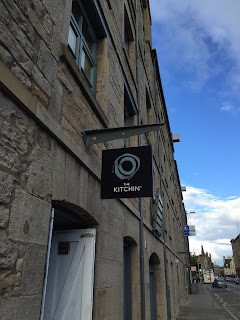 The inside was refurbished in January 2015 a few short months before our dinner, and I loved everything about it.   For me, it had the perfect balance of formal and rustic, in keeping with its "nature to plate" theme.  I especially liked the line of tree trunks along the wall of the front hall, the fur-accented stools by each table for handbags, and the branches at the entrance that were adorned with coat check keys.  It was a larger space than I expected, with a front room for drinks, an expansive dining room and a huge open kitchen.  The decor retained some of its warehouse elements, including brick walls and large ceiling beams.  The space was an ideal blend of old and new.

As a compliment to the beautiful space, the servers wore smart scottish kilts that were a perfect match the colour scheme of the room.  We had a number of different servers throughout our meal, all of whom were very gracious and attentive despite a packed house.  They seemed very genuine in asking how we were enjoying our meal, what our favourite dishes were and if there was anything else that could be done to make our night more enjoyable.  Each dish was explained well, questions entertained if asked and the small details were not overlooked (water glass being refilled, seats being pushed in and out when we left/came back to the table.  All in all, a very well-orchestrated production!  My only criticism was that there were a few long intervals between some of the courses, making the meal drag on a bit longer than desired.  All in all though, a very well-orchestrated production!

The "conductor" of this orchestra, Tom Kitchin, has a long history of culinary excellence behind him, having trained with some of the greats including Guy Savoy and Alain Ducasse.  His impressive resume really comes through in the food that he prepares at Kitchin, where he has taken the French influence from his mentors and blended it with glimpses of his Scottish heritage.  As mentioned previously, Tom is a use proponent of the locavore movement, getting the great majority of his ingredients delivered from local suppliers on a daily basis.  I was super excited to see Kitchin in his kitchen when we first arrived and was hoping he might pop out to the dining room, but he was nowhere to be seen by the end of our meal.  Guess there is always next time!

There are a variety of menus available at The Kitchin including both a la carte and tasting menu options.  I had been initially planning on the vegetarian tasting menu, but since it was our first visit, our server strongly recommended the Classic Kitchin Surprise Tasting Menu as he felt that this was by far the best way to experience Kitchin's craft.  Based on previous reviews, it seems as though this menu in a blend of the chef's tried-and-true signature dishes as well as some new seasonal creations.   I was very glad to have listened to his advice, as we both enjoyed each and every dish immensely.  The Kitchin also offers a very complete bar menu, with an impressive wine list and a nice collection of original cocktails.

I regret not asking for a copy of the menu before leaving and therefore not being able to properly describe all of the elements on each plate, but here is a sneak peek at what I remember of our amazing meal: 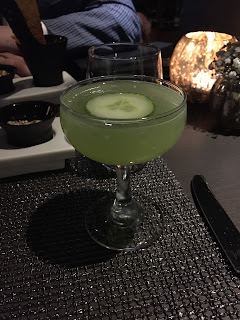 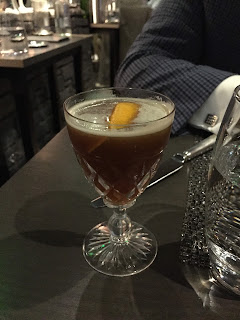 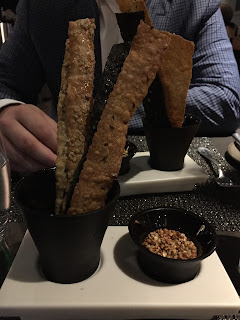 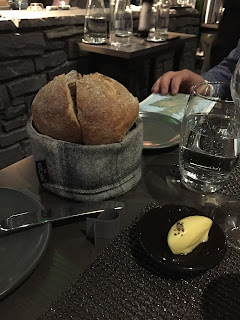 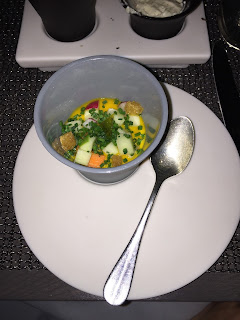 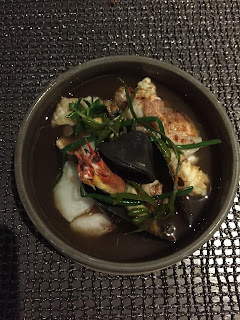 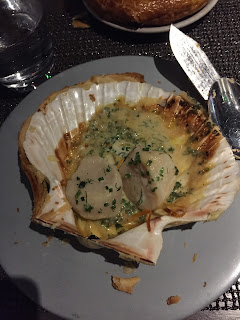 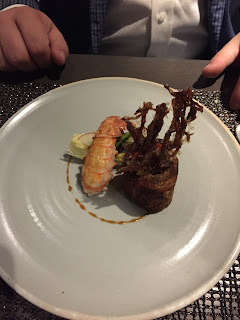 Artichoke and carrot with lemon 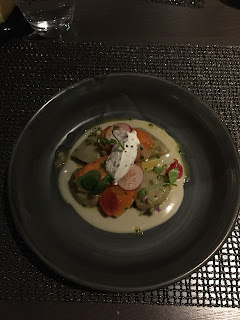 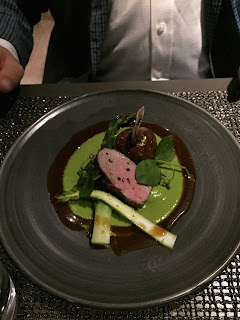 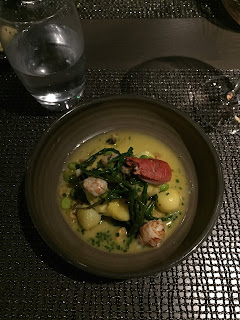 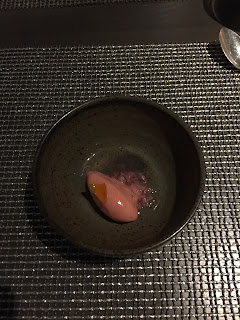 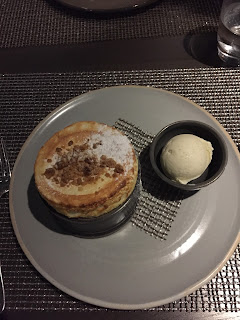 Overall Verdict?
The Kitchin truly is a locavore's paradise, showcasing the best of Scotland in each and every dish.  Tom Kitchin is truly a genius and, if the prediction I made as I was leaving the restaurant after our dinner comes true, he will have two Michelin Stars next year.  Based on our amazing experience at The Kitchin, he totally deserves it!

Posted by Little Miss Locavore at 23:12