The Best of the Best at Montreal's Toqué

Locavore Approved?  YES- As per their website, Toqué was born out of a desire to "to create a restaurant based on market-fresh cuisine where the emphasis is placed on local products".  From the time they opened in 1993, this restaurant has undergone many changes, including a huge expansion, but has always stayed true to its local-driven roots.  On their website, you will find a long list of local suppliers that they buy from, divided by region, and when you dig into the food you can appreciate the quality of the ingredients.  Any restaurant that is built on such an engrained locavore philosophy is bound to be become the success story that is Toqué.

When the "Canada's 100 Best" restaurant awards came out this year, I was pretty excited to see that Montreal’s Toqué was rated #1 restaurant in Canada.  Although it would have been great to see a Vancouver restaurant take top spot, I knew I would be spending a month in Montreal for work in April and, of course, made plans to pay Toqué a visit during my stay.

I must admit, my first impressions of Toqué were not quite what I had expected.  At first, I had a hard time finding it despite google maps telling me I had arrived at my destination.  While I was hunting for the entrance, expecting a compact and snazzy sign, a gigantic potted flower caught my eye.  And, to my surprise, there was “Toqué” written on it!  This seemed like a bit of an odd choice for the entrance of such a high-end restaurant but it was certainly “unique”. 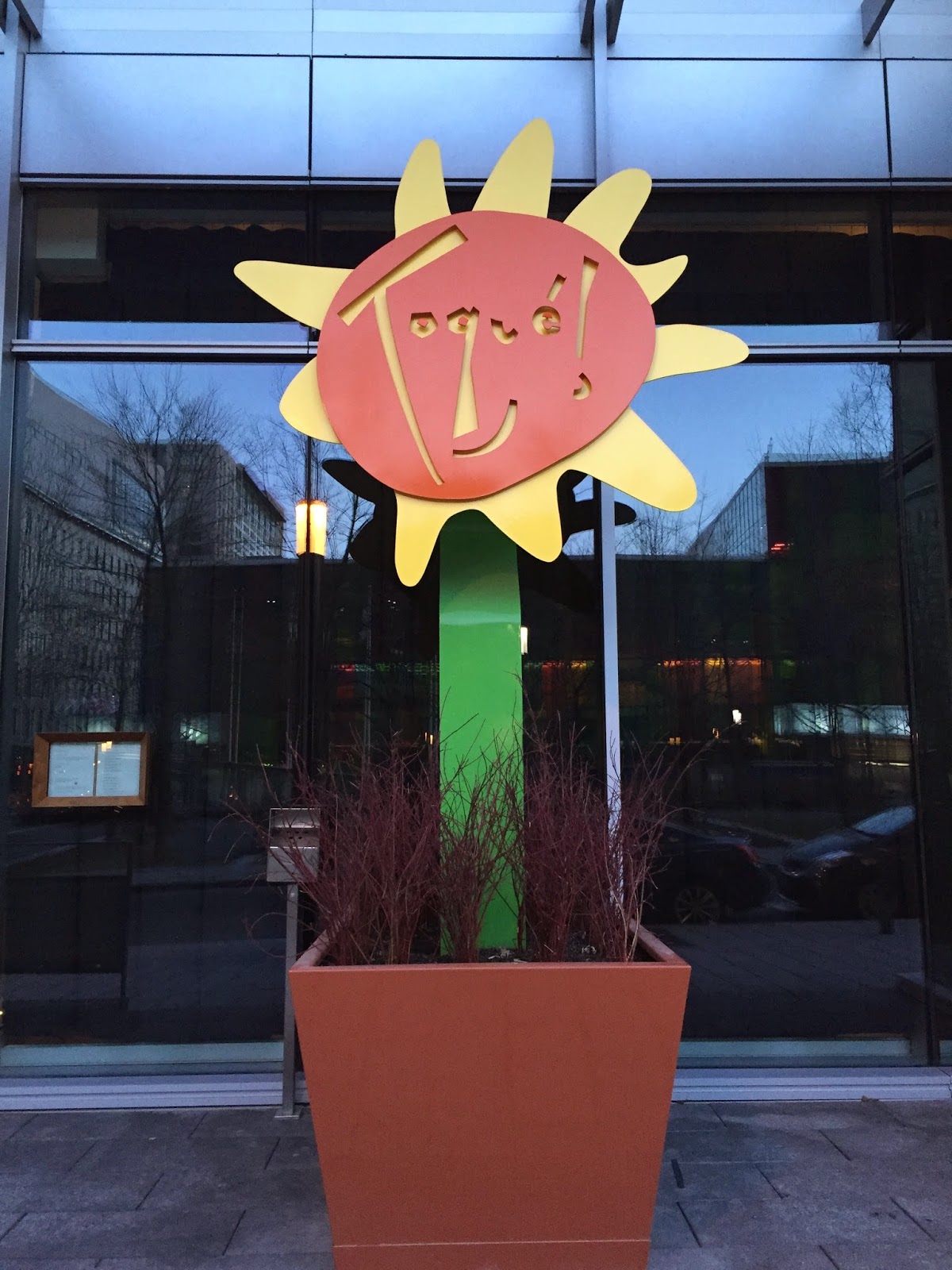 The inside, however, was much more in keeping with my preconceived expectations.  The smartly-decorated entrance led into the main room, with a nice bar at the front and a sprawling dining room at the back with dark wood panelling and red accents.  We were seated in booth seating along the wall, which was very spacious and comfortable.  The acoustics of the room were notably superior, as, despite the very busy room with multiple tables on either side of us, it was very easy to carry on a conversation comfortably without having to raise one’s voice.

Although our whole experience at Toqué was wonderful, the aspect that stood out the most for me was the superb service.  Our main server was very witty, constantly making jokes with us once he knew we were game for it (professionally of course), and he came back to check on us often.  Our water glasses were refilled constantly and seamlessly, and our multiple dishes were brought out by several servers so they arrived together.   Although some of the servers had a bit of difficulty explaining the dishes in English, they did their best to explain them in great detail, describing each component.  I can honestly say that our sommelier was absolutely exceptional, to the point that he surpassed those that I had at any Michelin star restaurant I have visited.  I highly appreciated that he spent time describing each wine carefully (sans pretention) and answering all of our questions about the selections he had chosen to pair with the tasting menu.  I often find that sommeliers sometimes speak at quite a high level, which is not always helpful for someone like me who is not an expert wine connaiseaur, but this sommelier told us very interested anecdotes about the wines (where they came from, what went into making them) that really made his explanations captivating.  At the end of the meal when the men began asking his opinion of certain more expensive digestifs on the menu, he very generously brought out a few bottles for them to try.  The icing on the cake!

So now for the question of the hour- does the food at Toqué live up to all of the hype? After enjoying the most extensive option offered, the 7-course tasting menu with 7-course wine pairings, I answer that with a big resounding YES.  Every dish was well conceived, having multiple layers of flavor without being over-complicated. The dishes were beautifully presented, using the colors of the ingredients to please the eyes instead of using gimmicky plating techniques. I considered the 7-course tasting menu to be perfectly portioned, leaving us satisfied but not overstuffed.  It was all-around an expertly constructed, cohesive progression of dishes.

Below is a little glimpse into our wonderful meal.  They graciously adopted the menu to meet my pescatarian needs on last-minute notice, substituting the 2 meat courses with fish dishes.   The menu also gives the option for a foie gras course or a fish course, and later on, a cheese course or an extra dessert. The tasting menu changes nightly (the dishes differ from those on the a la carte menu) so it was only thanks to the menu that they printed for us at the end of the meal that I can provide the detailed names of the dishes and pairings (just another example of the stand-out service!).

Feast your eyes on this! 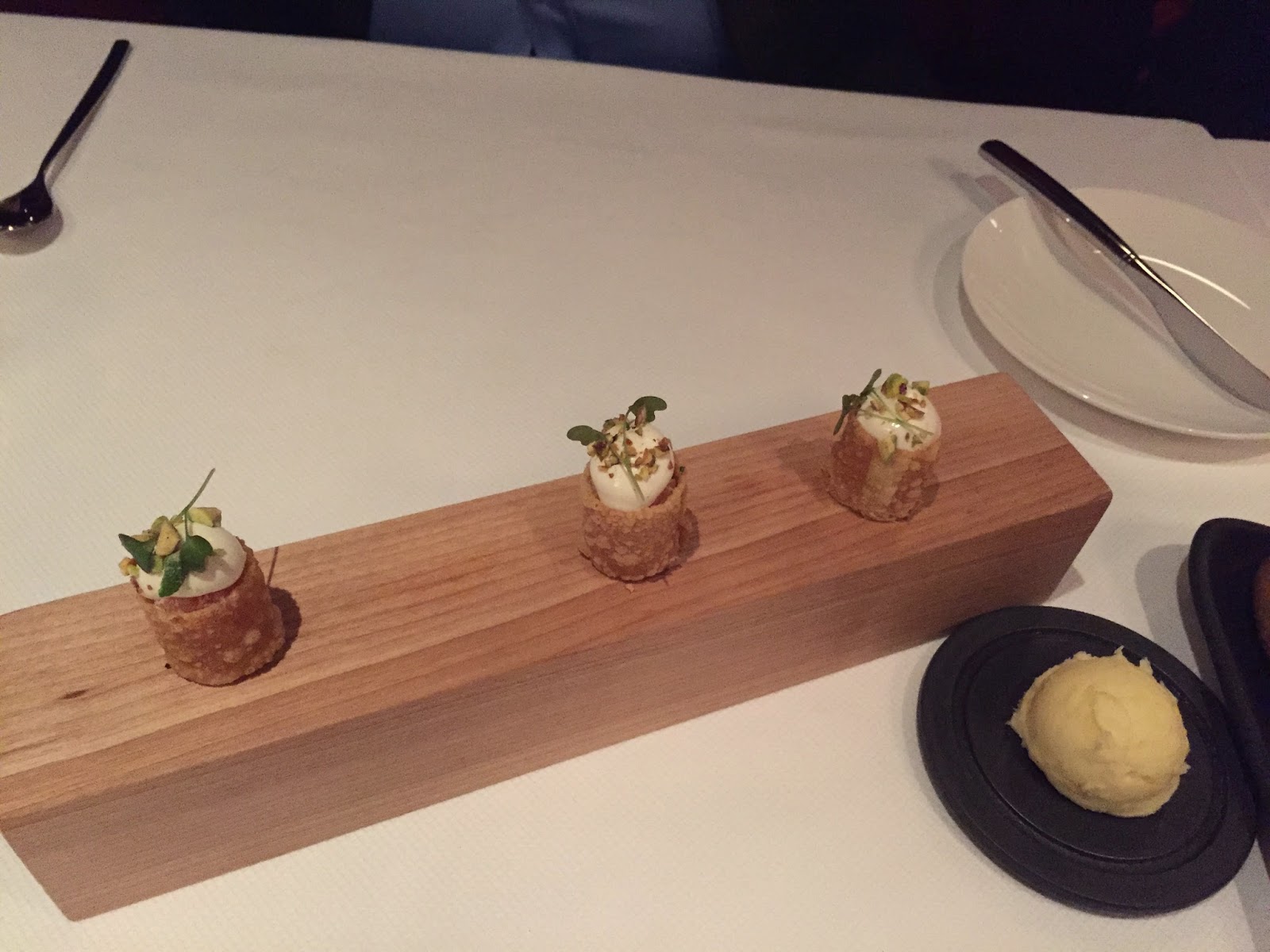 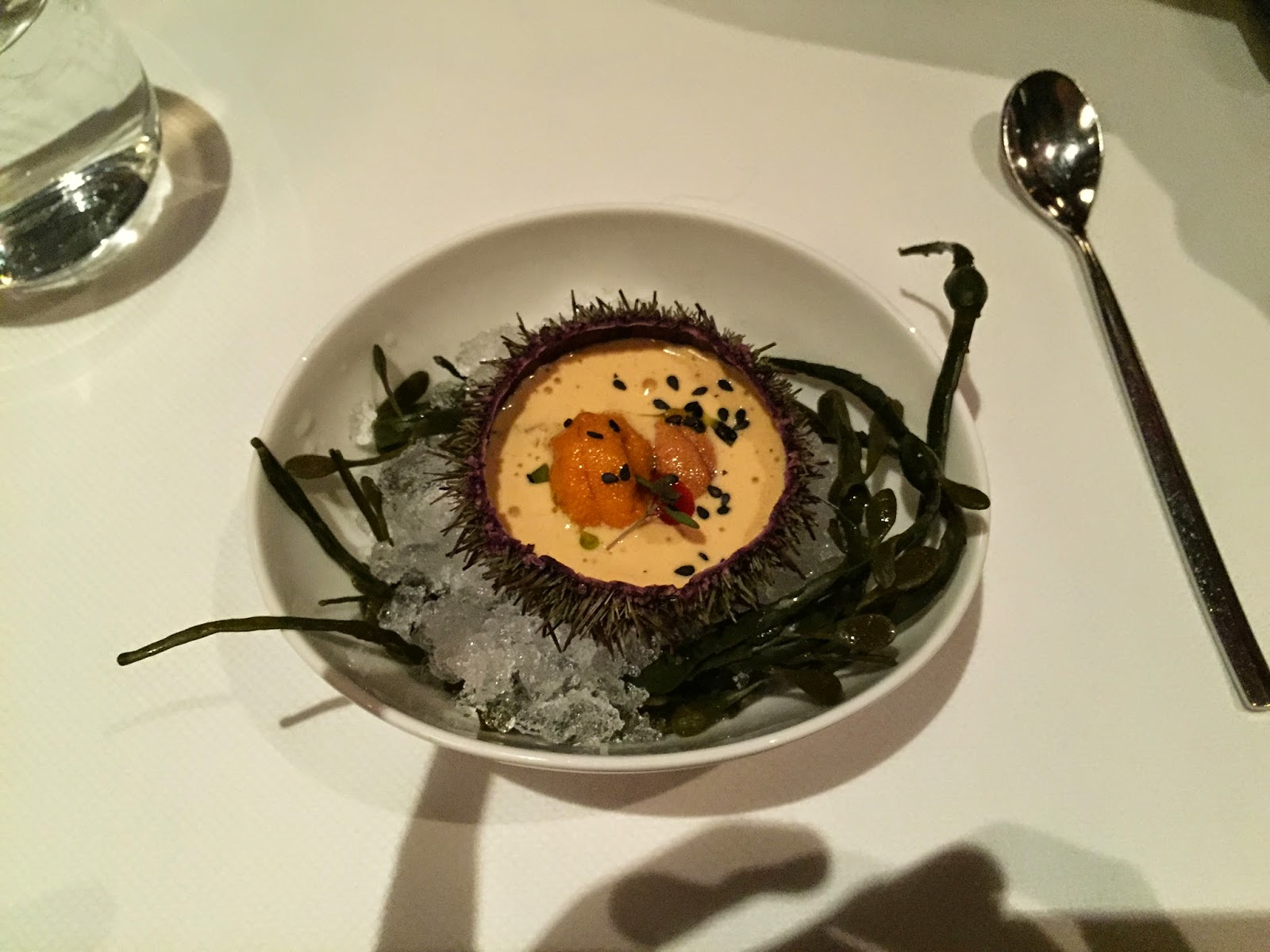 Snow crab with dill mayo, white asparagus and pickle (my favourite of the night!) 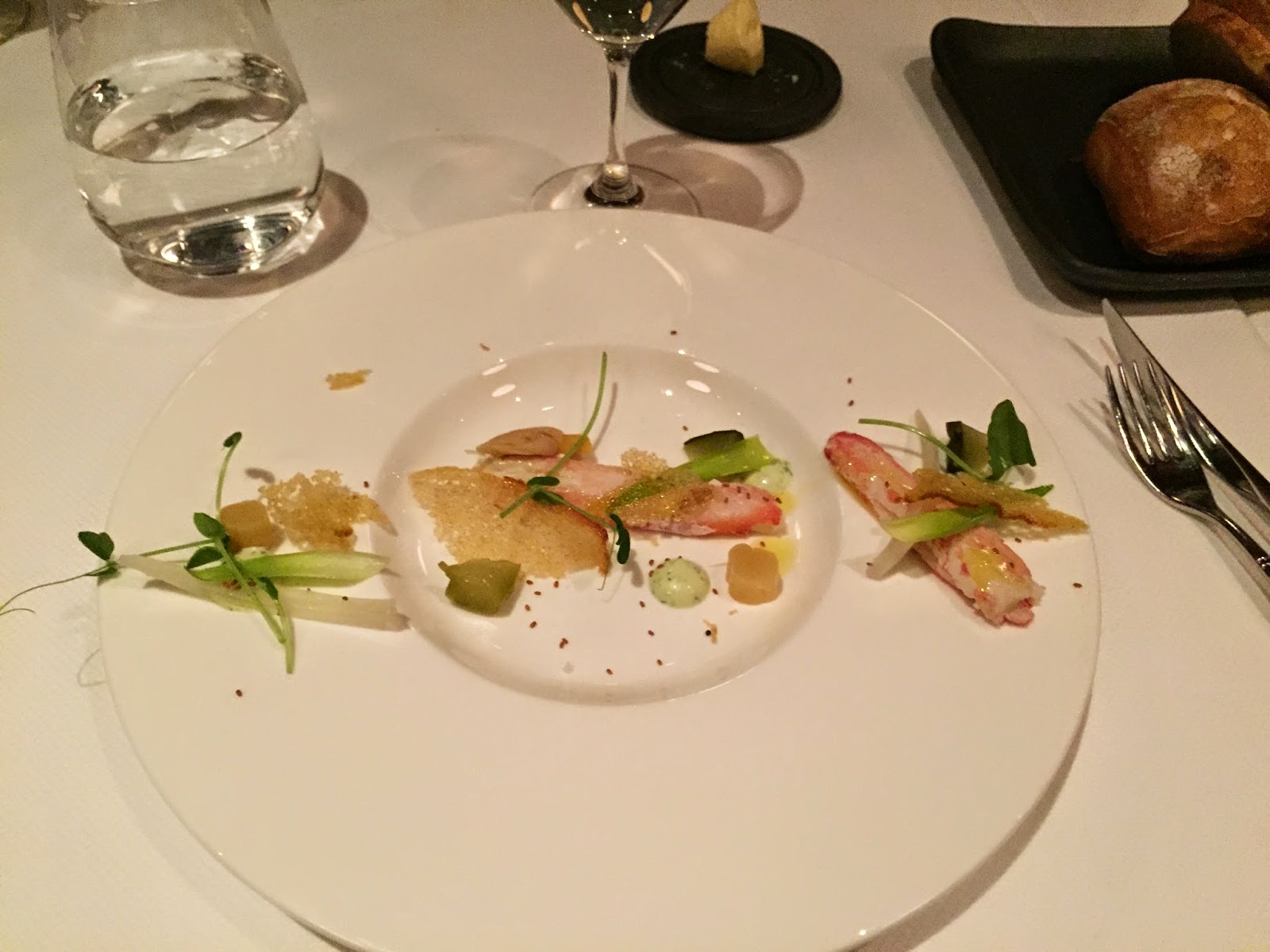 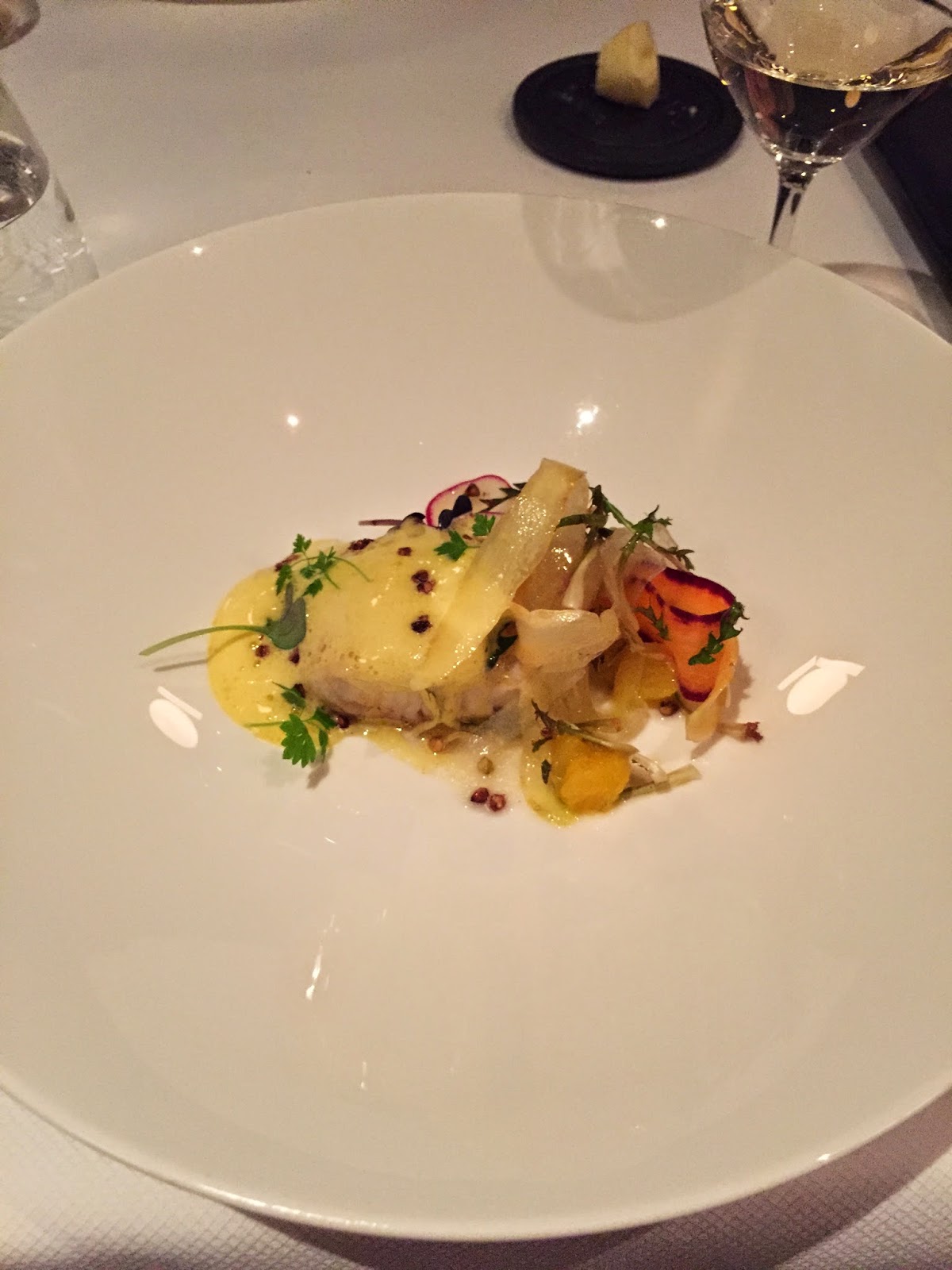 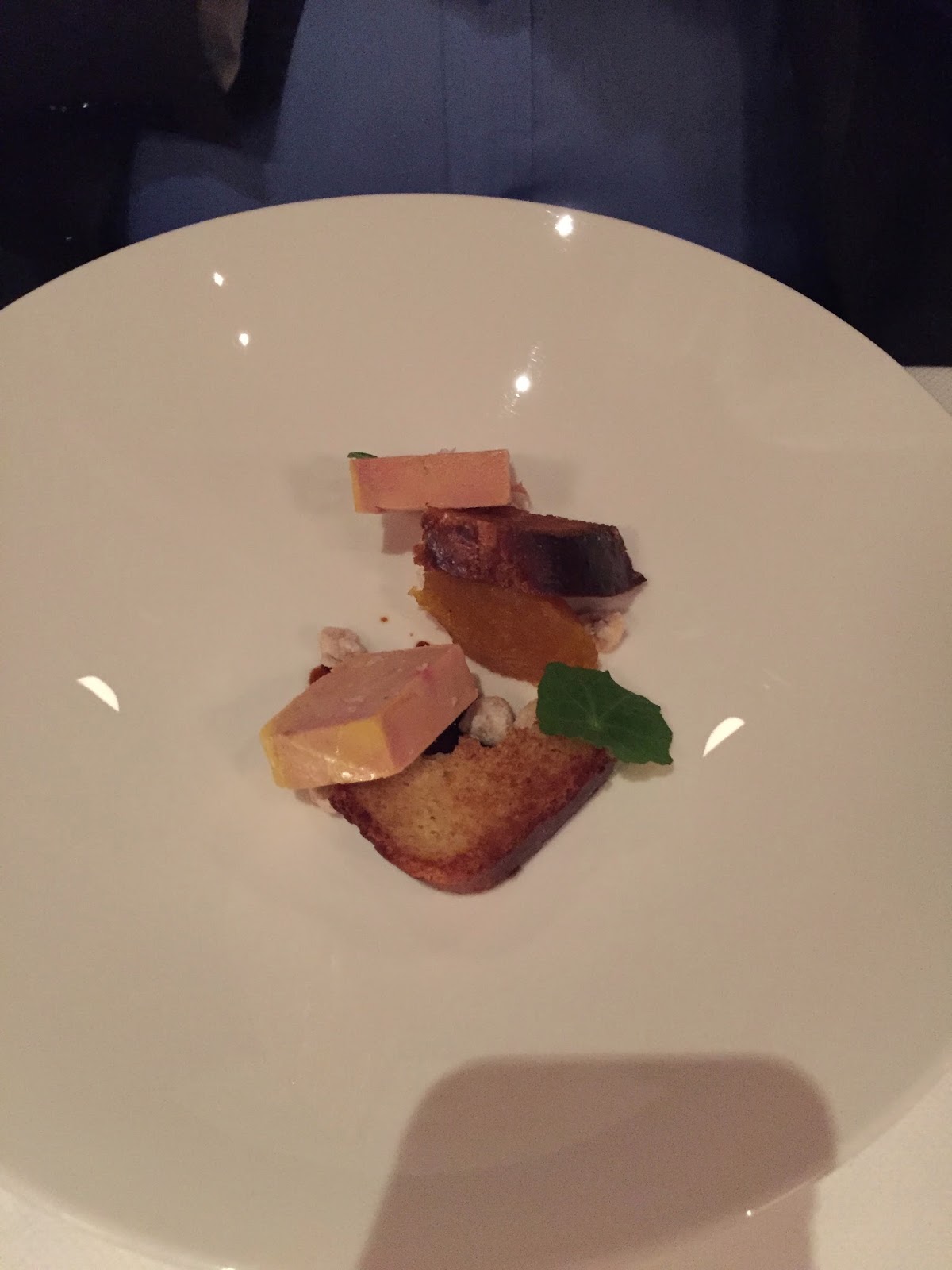 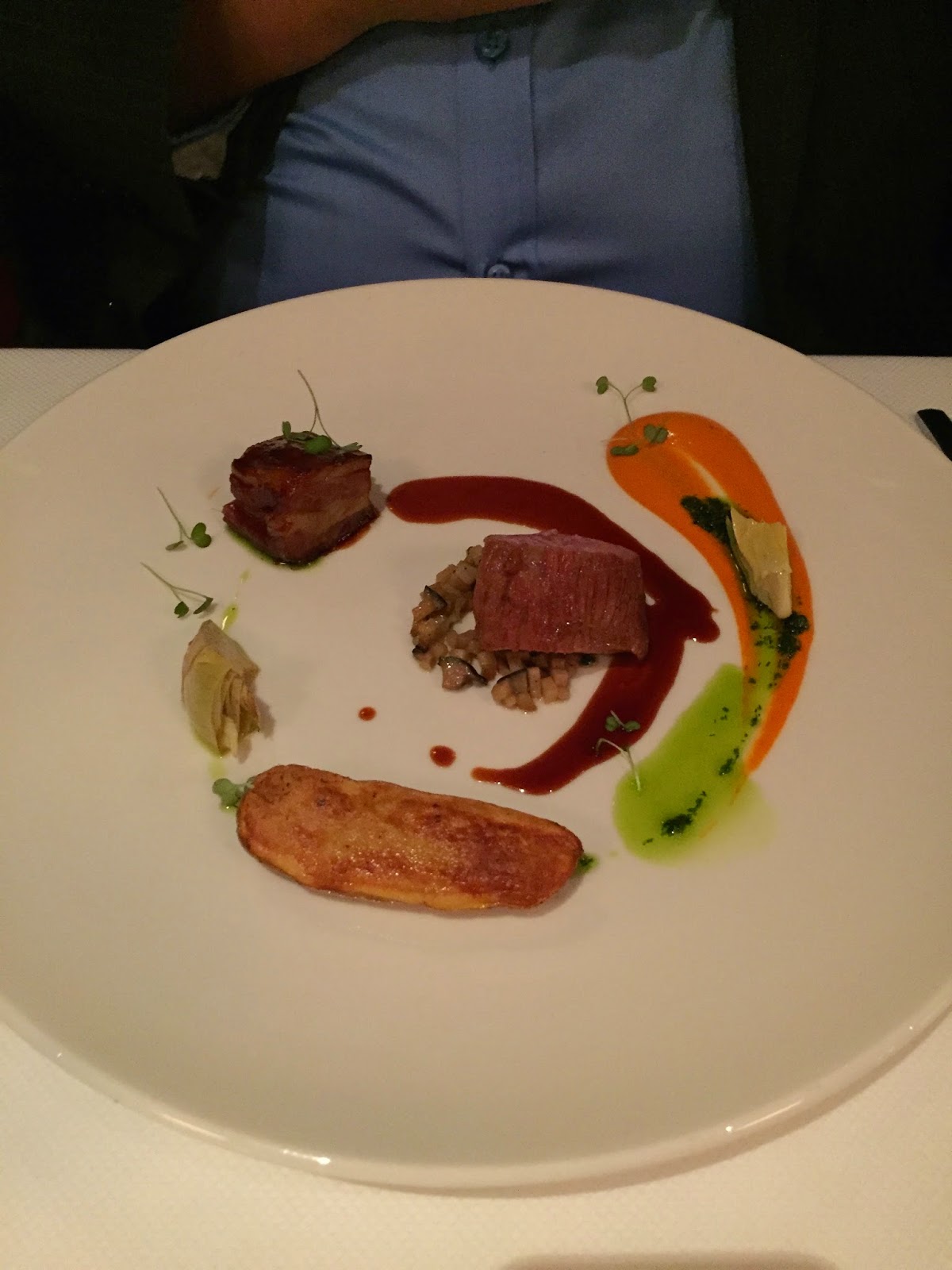 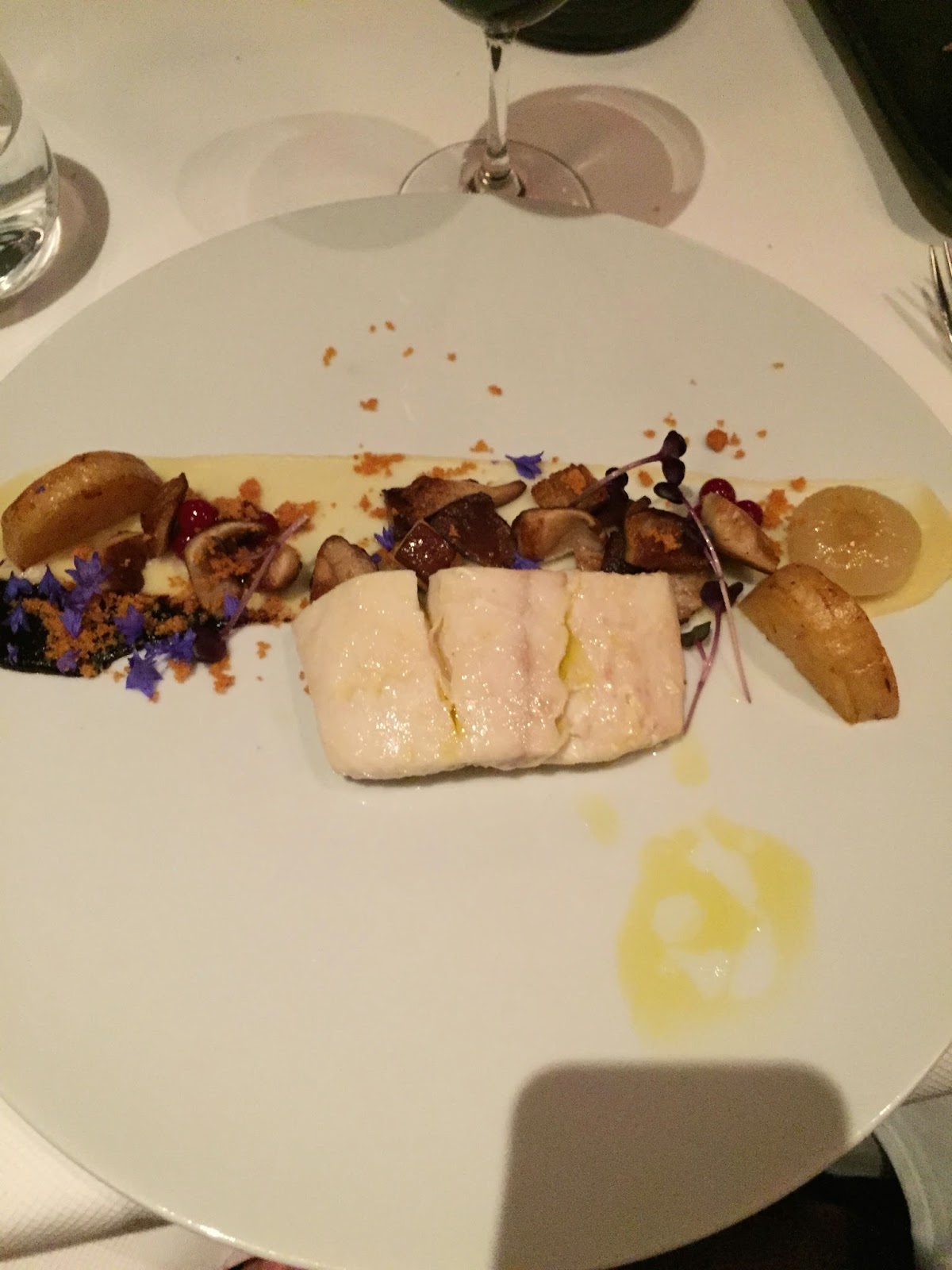 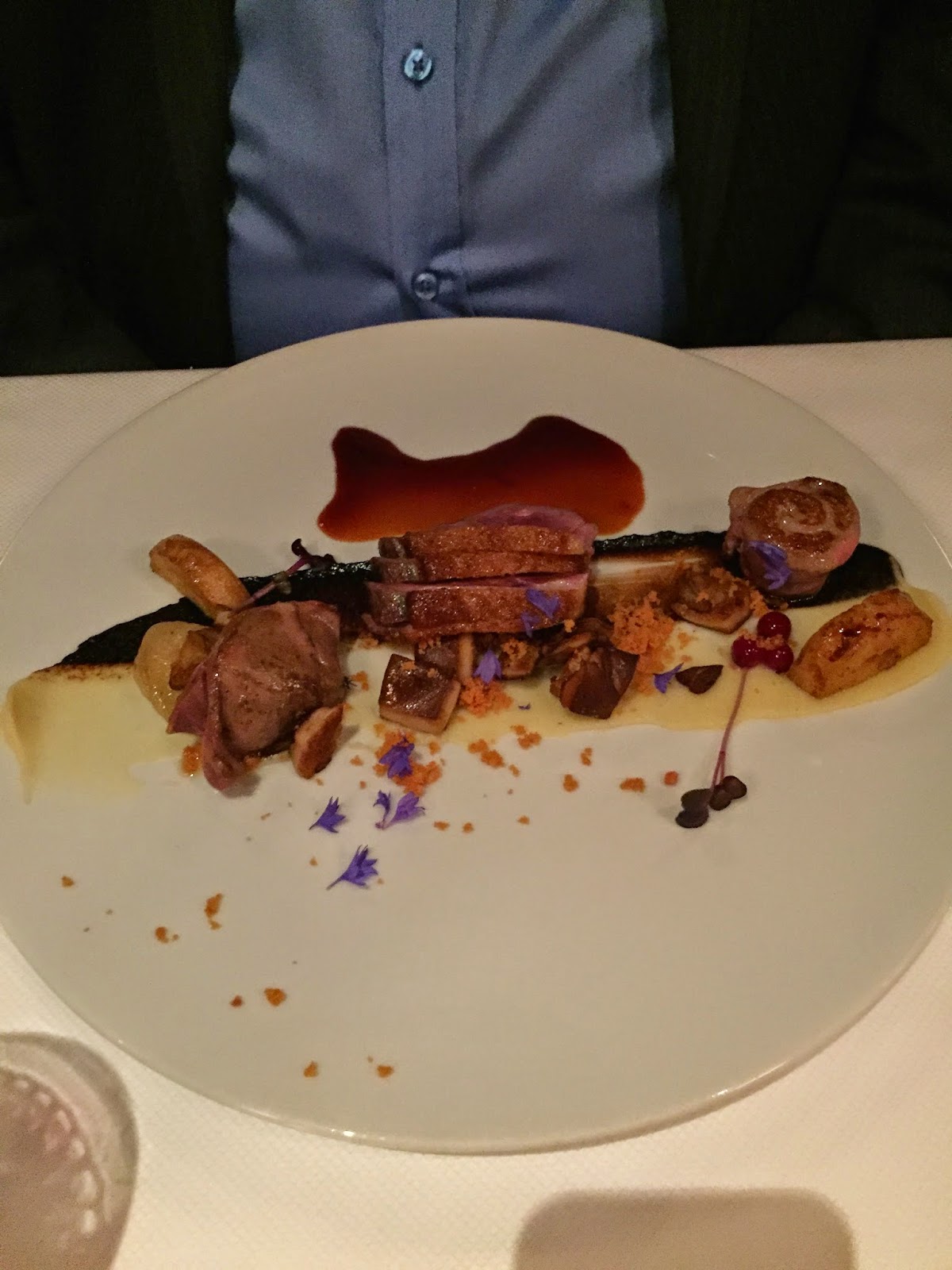 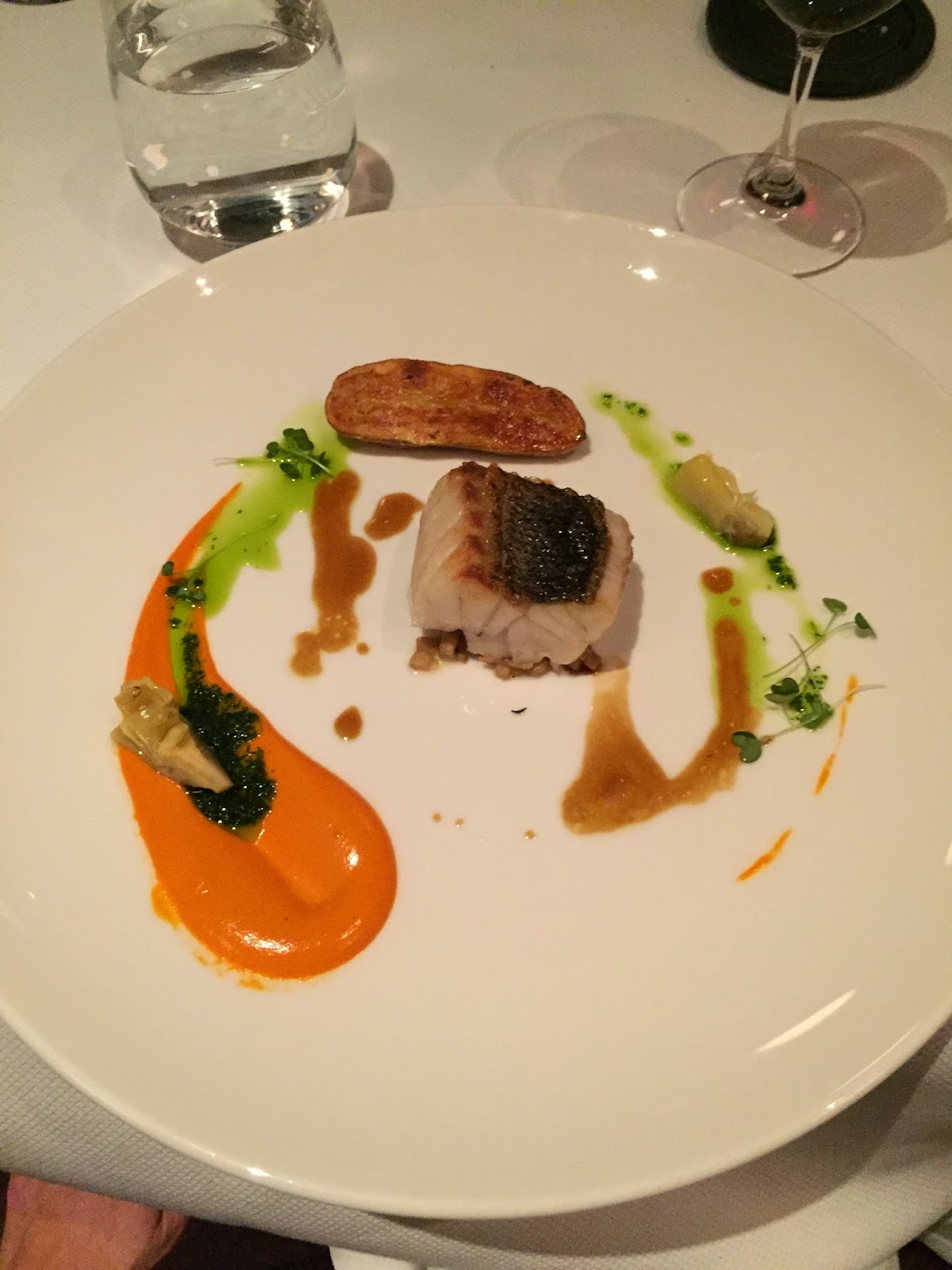 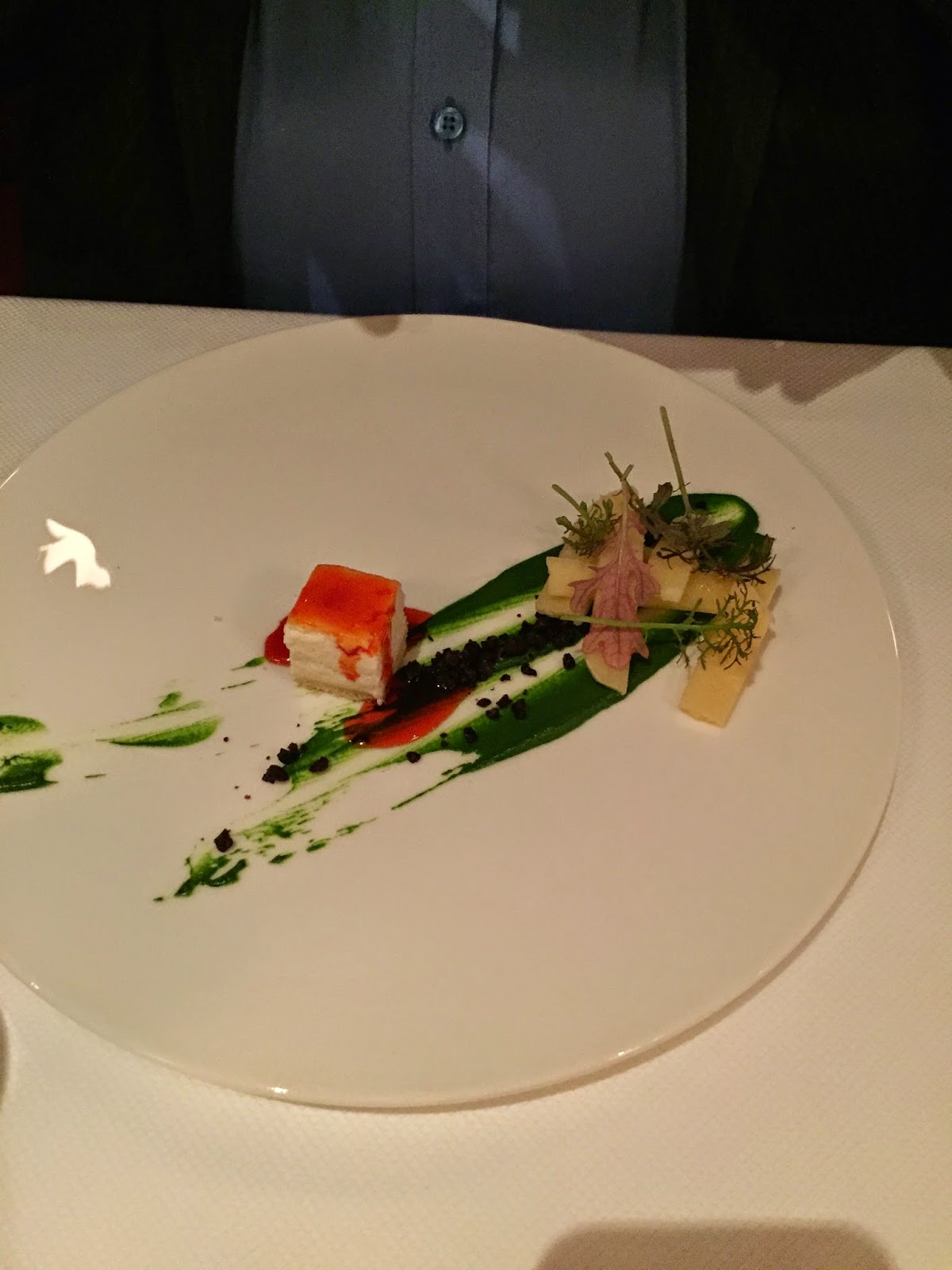 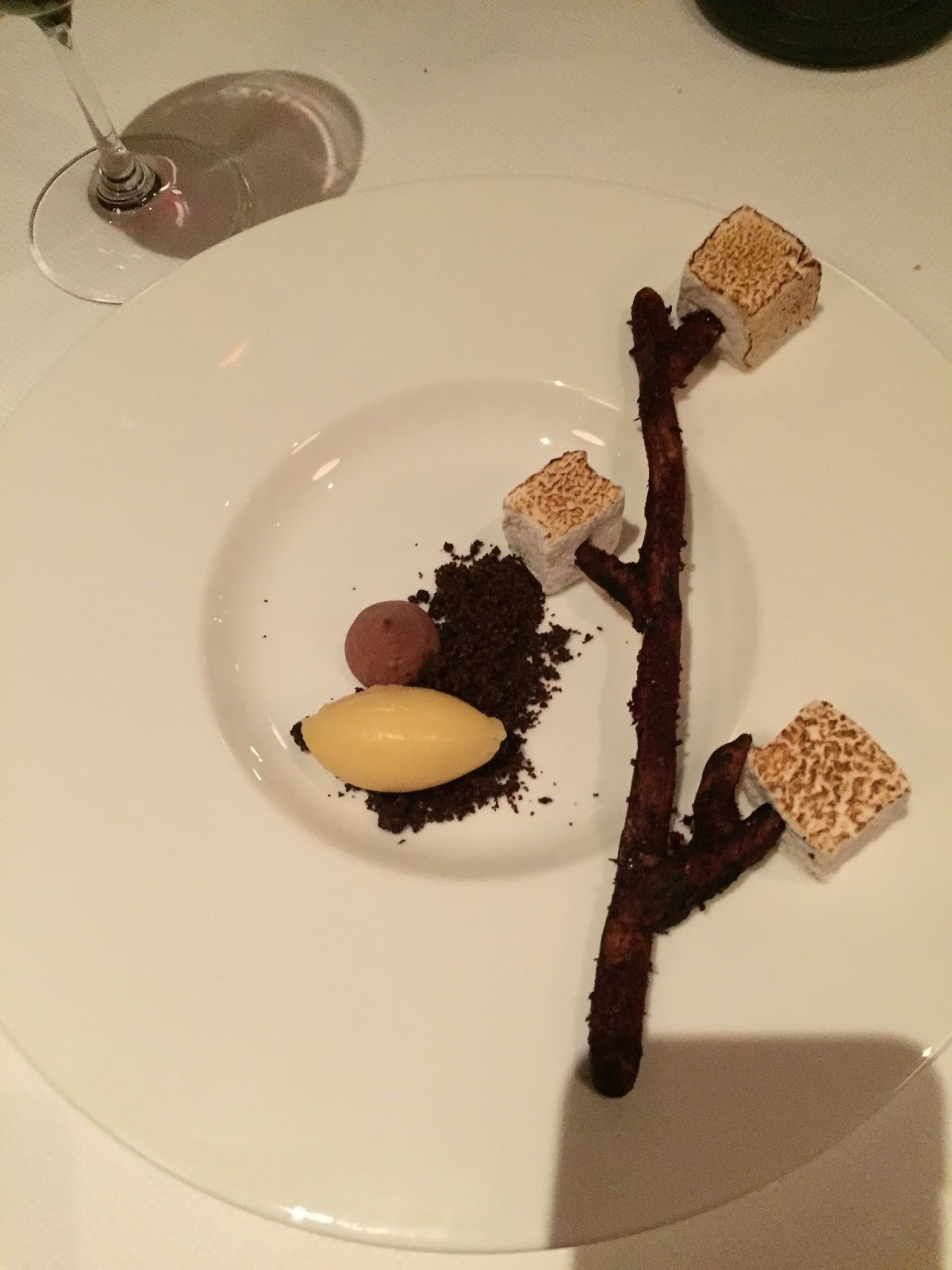 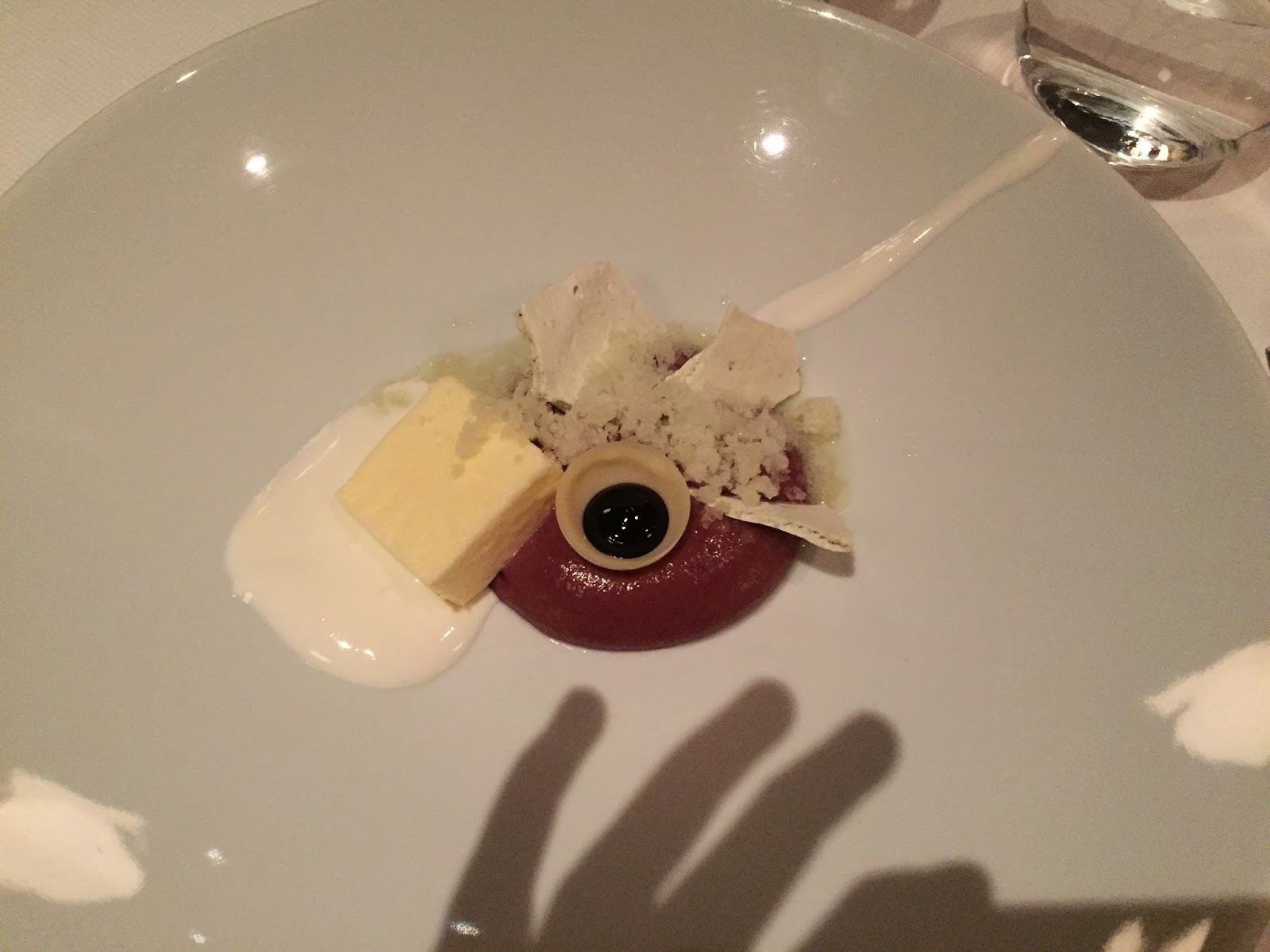 And if that wasn't enough- a few little treats for the road! 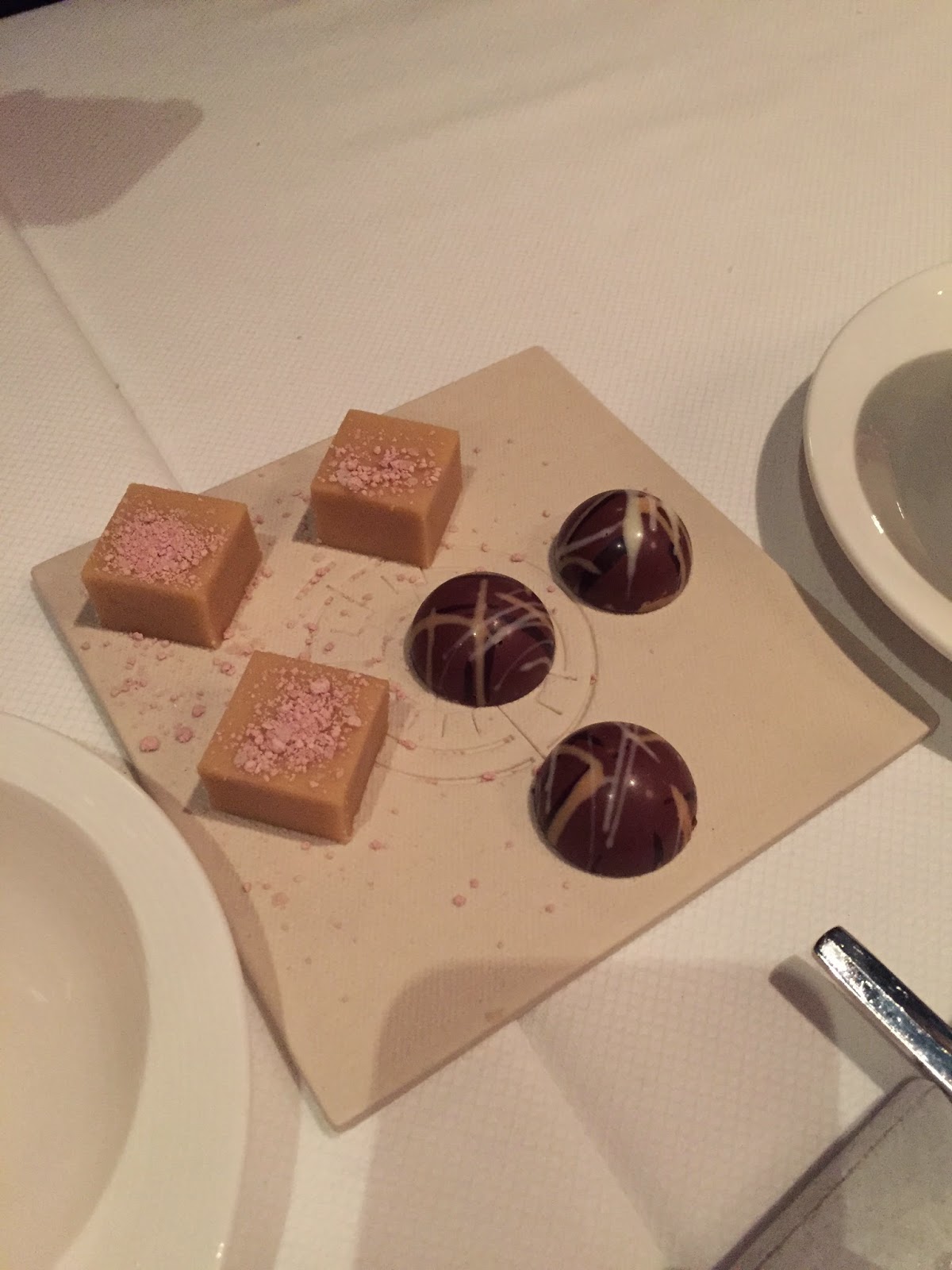 Overall Verdict?
There is no doubt that Toqué has earned its title of best restaurant in Canada.  The experience that they provide for their guests is second to none, with all of the qualities that I look for in a perfect meal- pleasant surroundings, polished service with a smile and without attitude, and local ingredients prepared with a nice balance of simplicity and creativity.  Toqué nails it all, and then some.

Posted by Little Miss Locavore at 00:10